Big brother triggers a 'me-too' response from his younger brother...both make it into the limbo final. 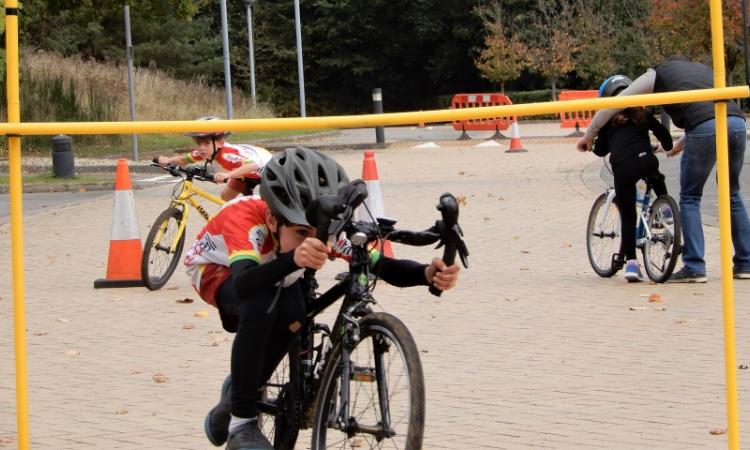 No busy vaccination centre complications this week, so we were able to get back to normal on Sunday.

With riders paying by the term, most arrive at this stage of the autumn term already knowing which group they will be in… today it was the two top levels with coach Peter Loader and the youngest riders, the two middle levels with me, leaving the oldest riders down below on the extra-long level with newly qualified coach Jonathan Partridge.

The middle group set to work with a spot of team work. Two teams of five faced the challenge of seeing which team would be the quickest at riding round a square circuit but with the complication of a circle of cones inset halfway along the fourth side.

Having only a small entrance, the challenge was to allow riders at the front to come out before riders at the back piled in…. otherwise would ensue.

Slowly but surely, though, collaboration took a hold and the times came down.

Times for the first run: 1min 4secs v 1min 14secs (time added for cones knocked over by both teams).

Next came the challenge of the limbo bar which came lower bit by bit. It was a surprise to find one rider of this age group who realised that by squeezing down one side of his bike with all his weight resting on just one pedal, he could get himself lower than the handlebars.

His younger brother looked on closely and followed suit.

As a result the winner was Isaac Montgomery and the runner-up Billy Montgomery.